Be a great programmer

Is the code you're writing good enough? Let's explore together the key knowledge that makes the difference between the best coders and the rest. 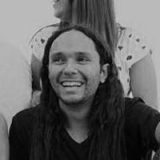 “Debug your mind before instrumenting the code”

I knew Rafael Almeida even before we met by change at college. This is surely one of the best programmers I know. He makes magic happen in his code, while also holding extremely high code quality standards. Rafael has helped my in my programming path in many ways, so I interviewed him so his word can also help others. END_OF_DOCUMENT_TOKEN_TO_BE_REPLACED 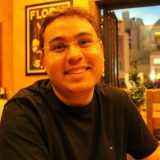 I had the great privilege to interview Eli Cortez, co-founder of Neemu, one of Brazil’s top e-commerce tech company, which today powers search and recommendation engines of the biggest e-commerce websites in the country. Eli received his PhD from the Federal University of Amazon, winning the award for best Computer Science thesis END_OF_DOCUMENT_TOKEN_TO_BE_REPLACED

Why programming is awesome

Programming is more sexy than ever. In the past, people who programmed were considered nerdy and unattractive, but now coding is a skill associated to successful and smart people. Coding is gradually consolidating itself the most important skill to dominate in the 21th century. The ability to read and write code is now the same as what reading and writing text was in the medieval ages: END_OF_DOCUMENT_TOKEN_TO_BE_REPLACED